What a difference a day makes.

Just 24 hours after the Barons dropped a 3-0 decision in the District 3 Class 2A semifinals at York Suburban, Central was right back on the court Thursday night against Lancaster-Lebanon League Section 2 rival Garden Spot in New Holland in the win-or-go-home third-place match.

The Barons won, and they’re going to the PIAA tournament. The Spartans fell, and their season is over.

Dylan Musser dished off 33 assists, Barend Oostdam had 11 kills and six big blocks at the net, and Jacob Moyer and Trent Groff chipped in up front with some clutch spikes, helping Central outlast Garden Spot 3-2 for district bronze and the state playoff slot.

“Our kids were gutsy tonight,” Central coach Craig Dietrich said. “I can’t say enough about how we responded. Some teams in that situation might say hey, that’s too much to overcome. But our guys showed so much toughness and mettle. I knew it was in them. And it really came out. It was special to watch.”

In the District 3 championship matches Thursday, undefeated and top-seeded Central Dauphin blanked Mid-Penn neighbor Cumberland Valley 3-0 for Class 3A gold, while No. 1 seed Lower Dauphin successfully defended its 2A crown with a 3-0 victory over York Suburban in a rematch of last year’s title matchup.

Central, the sixth seed, ended up going 2-1 against Garden Spot this spring — with both wins, interestingly, coming in New Holland — after the Spartans went 4-0 against the Barons last spring. Central (10-6 overall) got the last laugh this time around, sending the fourth-seeded Spartans (13-7) packing, after Garden Spot ended the Barons’ season last year in the state quarterfinals.

Turnabout is fair play, after all.

Central will take on District 12 runner-up Lansdale Catholic in a PIAA Class 2A first-round match on Tuesday at a neutral site. The Barons will join L-L League champ Warwick in the state playoffs; the Warriors won the Class 3A third-place clash Thursday with a riveting 3-2 triumph over Palmyra, and Warwick will get District 11 champ Northampton in a 3A first-rounder at a neutral site on Tuesday.

Official PIAA brackets will be released over the weekend.

In Thursday’s first set in New Holland, Central didn’t take its first lead until 19-18, and Oostdam had a late kill and a block, and Groff’s spike helped the Barons close it out for a 1-0 lead. Undaunted, Garden Spot knotted it at 1-1. Jethro Martin’s kill broke an 18-18 tie, and Tanner Laukhuff, Tristin Sadowski and Derrick Lambert had late kills and the Spartans were back in it.

Central got two big kills from Groff and a key block down the stretch from Moyer to claim the third set for a 2-1 lead, but Garden Spot answered again, getting a big block and a key kill from Lambert and the Spartans and the Barons shuffled off to a winner-takes-all fifth set.

Central got the quick jump in the fifth, bolting to a 5-0 lead. Sadowski keyed Garden Spot’s charge with a block and a kill for a 13-13 tie. But the Barons closed it out to nab the bronze.

“They rallied and they got the job done,” Rutt said about the Barons. “For me, the start of the fifth game was going to be crucial, and we didn’t get off to a good start.”

Parker Gooding chipped in with three aces, Landon Wenger had 10 kills and Primo Campagna had four blocks for Warwick, the No. 4 seed and co-Section 1 champ with rival Hempfield this spring. The Warriors will be back in the state tournament for the first time since 2018.

Success! An email has been sent with a link to confirm list signup.

Error! There was an error processing your request. 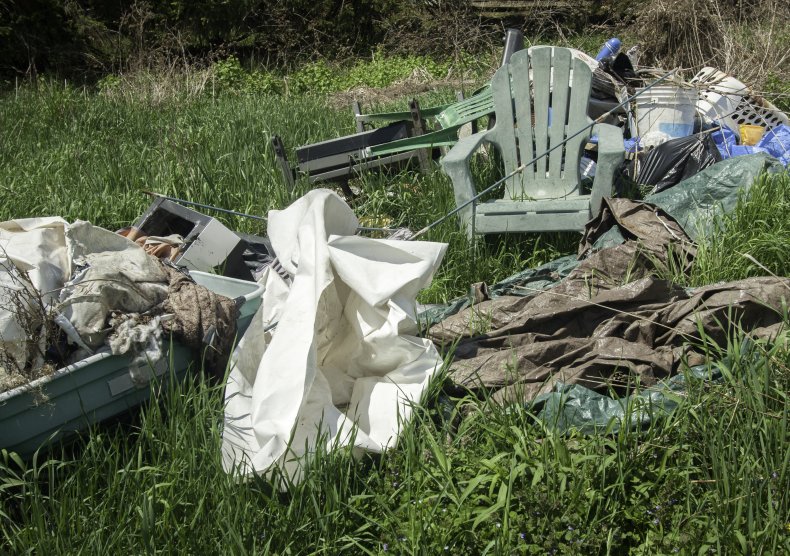